The Majors have arrived! 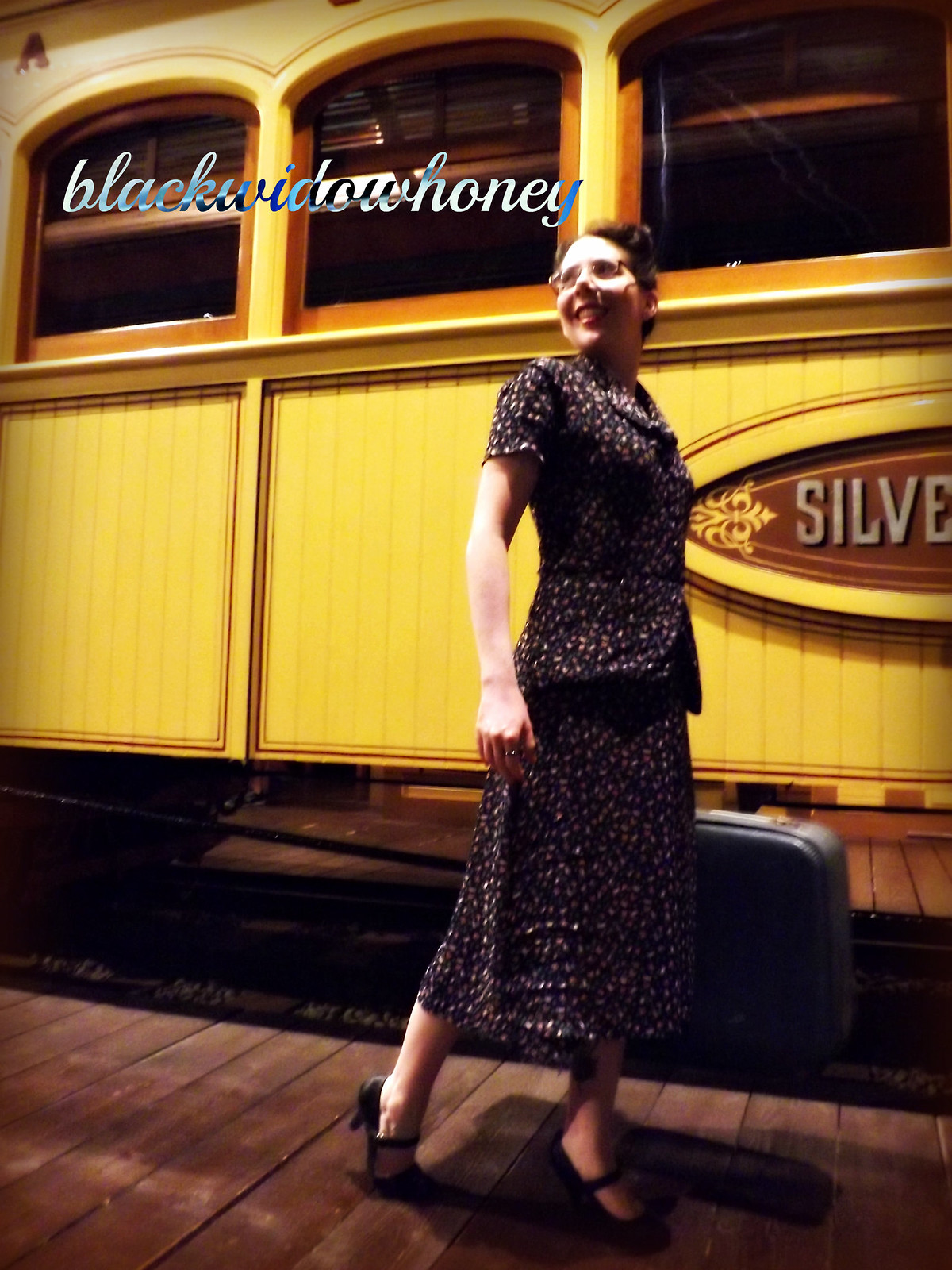 After a rather long and only semi-planned hiatus (sometimes life intervenes), we are back on the photography bandwagon, and at the time of this writing, are 18 photoshoots from the end. I… don’t even know what I’m going to do with myself when this project is over. I guess start one of the other half dozen projects that Stephanie and I have dreamed up for Black Widow Honey! Ha! Ha… ha… 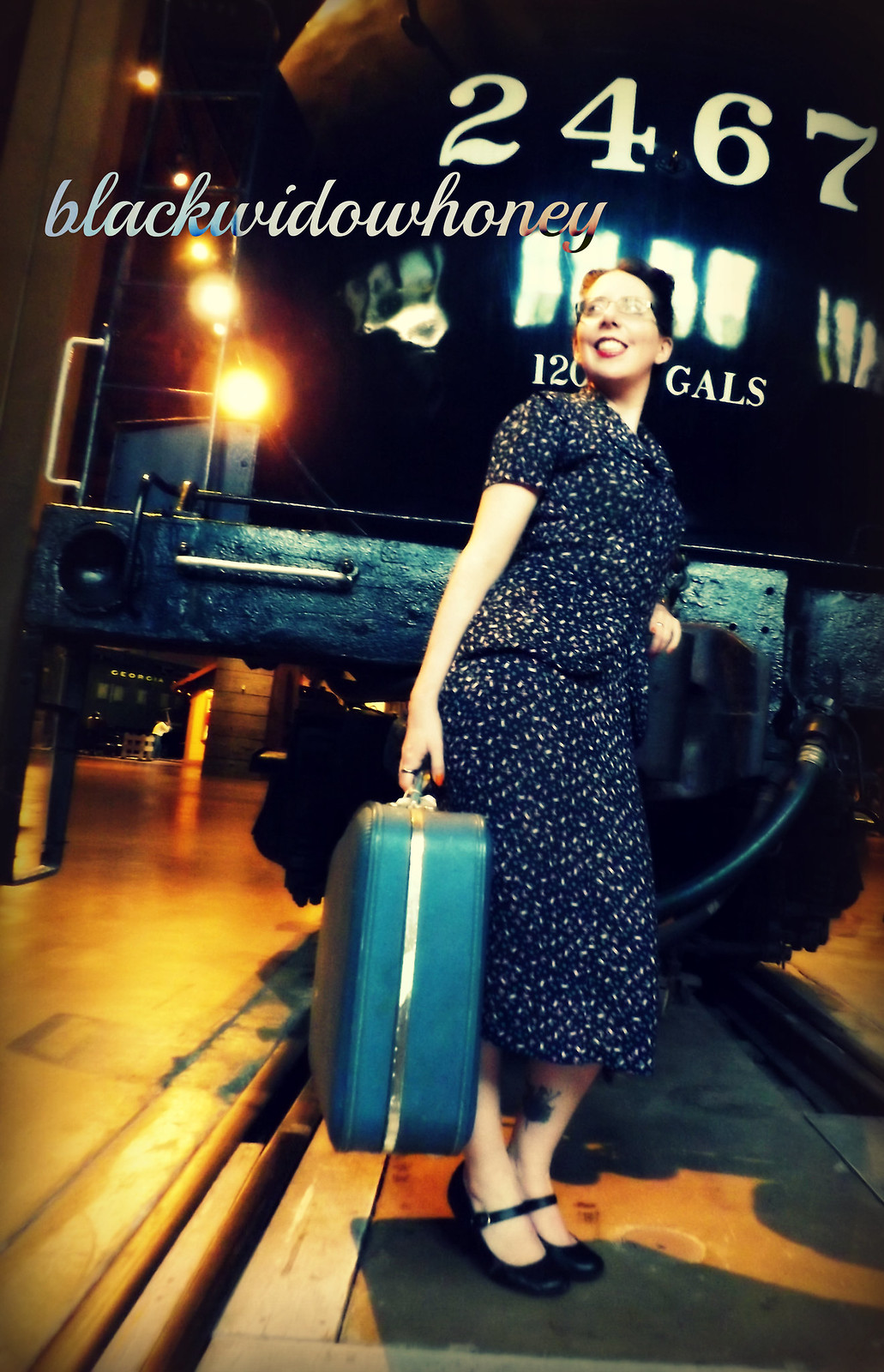 The first card of the Major Arcana in a tarot deck is The Fool, appropriately, and it was a good starting point after having been off-task for a while. We didn’t have to remember what we’d been doing, necessarily, or try to recreate the feel of other cards in a suit, or anything like that- instead, the point was to start fresh, to begin anew, to strike out into new territory… you get where I’m going with this. 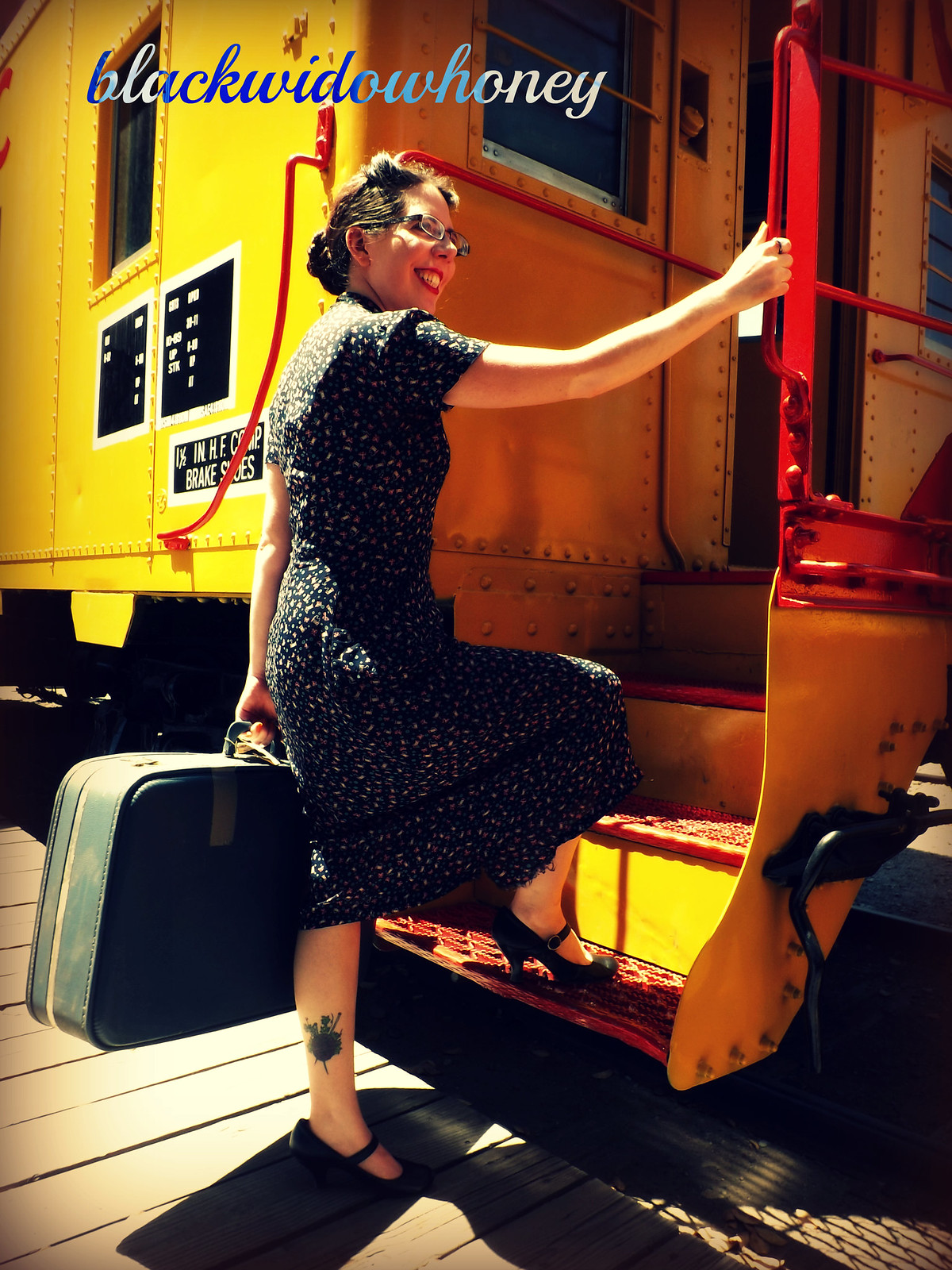 The Fool is traditionally a young person stepping out into the unknown (symbolized by a large cliff) with all their worldly possessions in a little stick-bundle. In spite of being about to step into the abyss (quite literally), The Fool is happy, face lifted to the sky, dog yapping at the heels. Even if we weren’t going to use any actual cliffs (neither Stephanie nor I have a fondness for heights), I wanted to be sure to capture that energy, that moment of lift-off, and to hell with what may come. 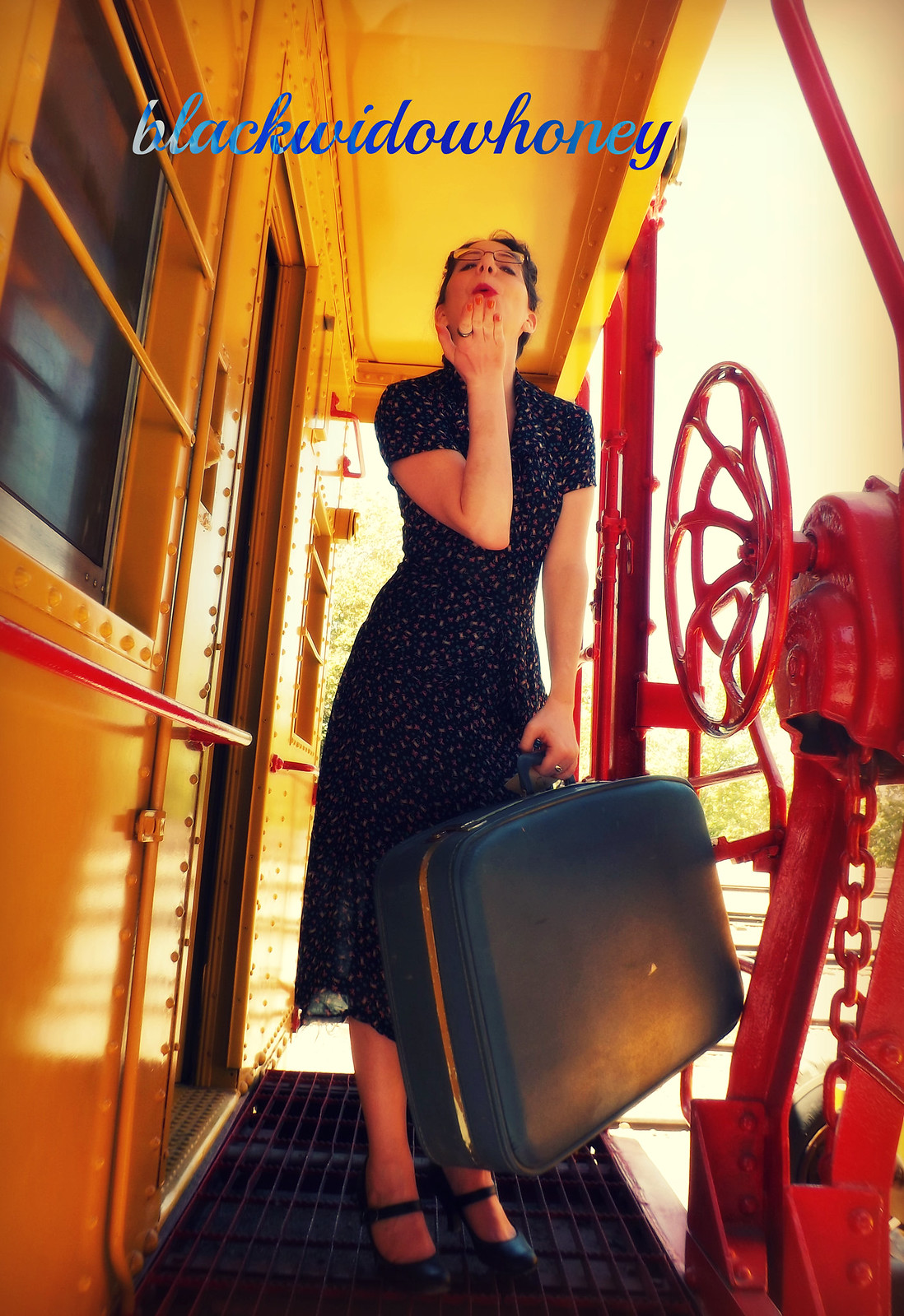 We ended up settling on trains for our Fool- they’re very helpfully emblematic of beginning a journey, and they’re also pretty appropriate for shooting in California, given how important rail lines were for trade and travel out here. We had worried a bit that we’d get thrown out of the Sacramento train museum, but instead they tried to recruit Stephanie to be a docent, given that her vintage costume and photographer clearly meant she liked history and had free time (ha). Some of the indoor photos did not come out as well as I had hoped, due to the low lighting, but we hit the jackpot with a red and yellow train right outside! 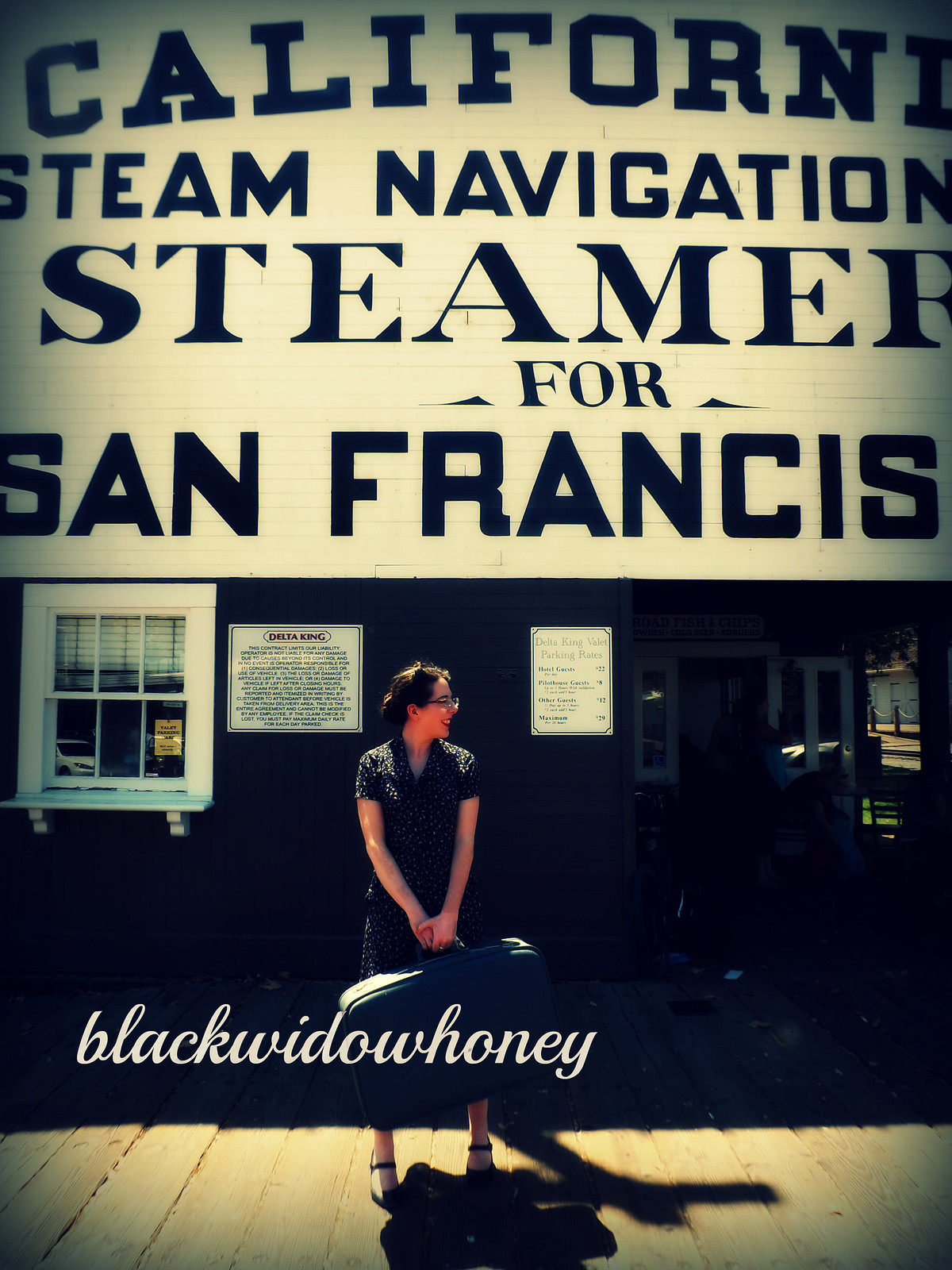 This is one of my favorite photo sets so far, with its bright colors and happy anticipation. I feel like it’s a very auspicious beginning of the end, as it were, and am really happy with the results! What do you think?