As I mentioned in a previous post, Stephanie Whiteside and I have been working on a project together exploring the cards of the tarot through photography. Thus, I would like to present: Images from the Two of Blades. 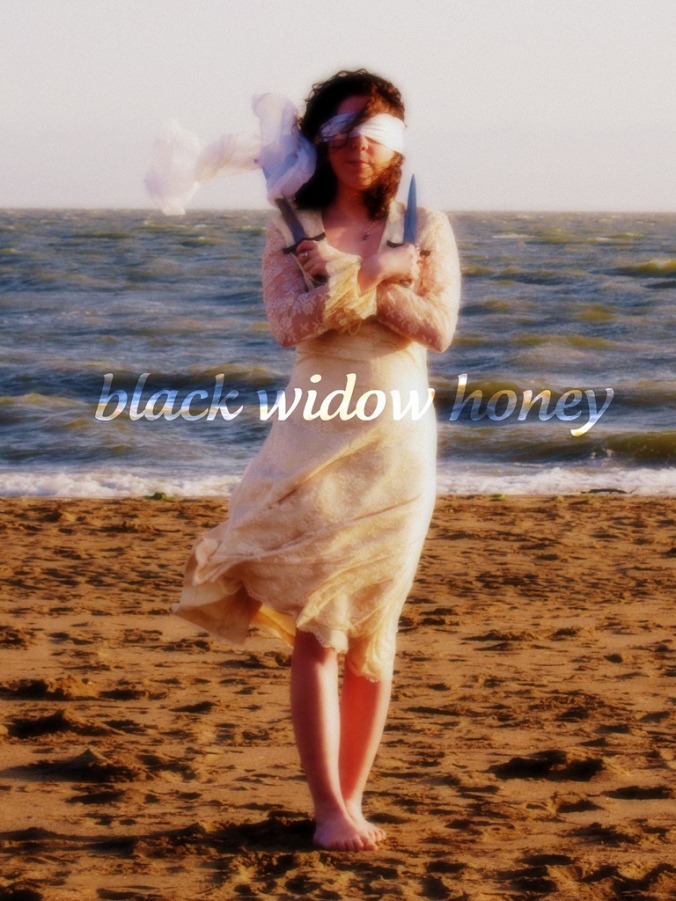 The two of swords, in the Rider-Waite deck (which is very often the basis for tarot images and illustrations, and probably the best known deck), is an image of a woman in front of the sea, blindfolded and balancing two long swords.

Now, as you might expect, finding a beach in the Bay Area with no serious skyline behind it is a little difficult. 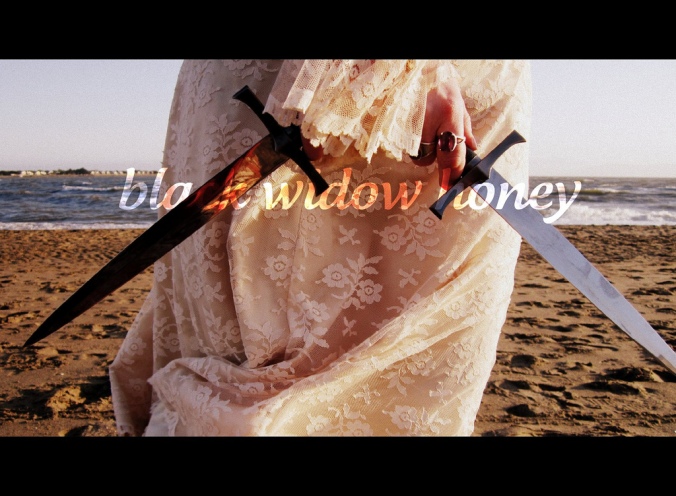 Fortunately, the Alameda Beach is not too far from us, close enough that we were able to head down one evening near sunset and take some shots without a ton of traffic involved. It was windy, and quite cold. Poor Steph took it like a champ, though, and I think we greatly amused all the joggers and dog walkers. 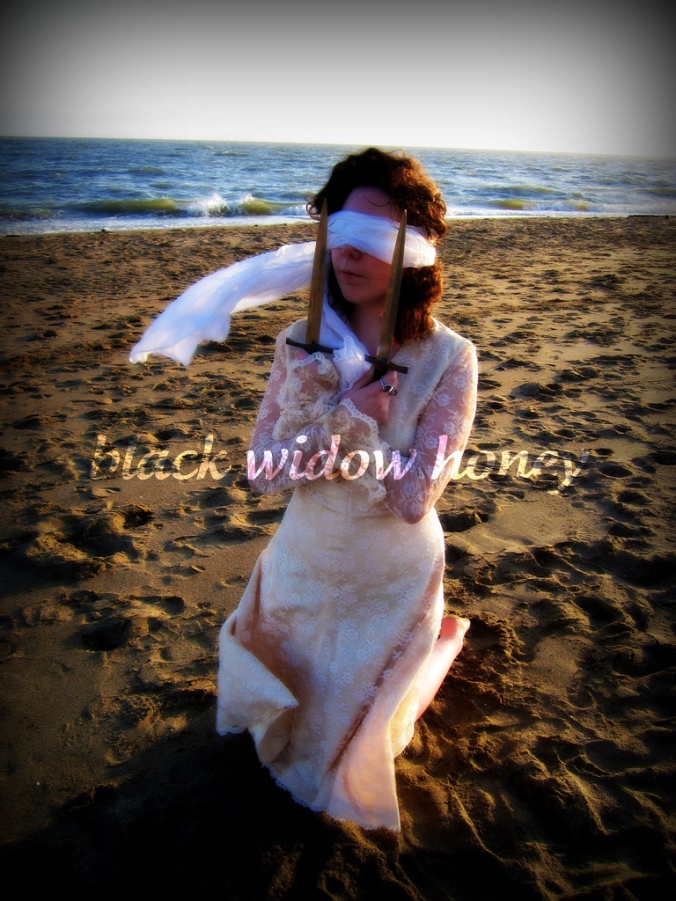 In one of those lovely things that sometimes happens when you’re shooting photos (or at least happens to amateurs like myself, I assume it lessens as you gain experience), I noticed while editing the shots that, in many of the images, the blades look bloody, due to at least one of them reflecting abstract orange shapes.

As it turns out, that was, in fact, my dark orange jacket- I was too focused on keeping my own feet out of the shots (hard, when you’re my height and shooting from above), and didn’t notice I was in the reflection line. I did have to junk at least one image where it’s very clear that I’m the image on the knife, but for most of them, I think it’s actually a fun effect. 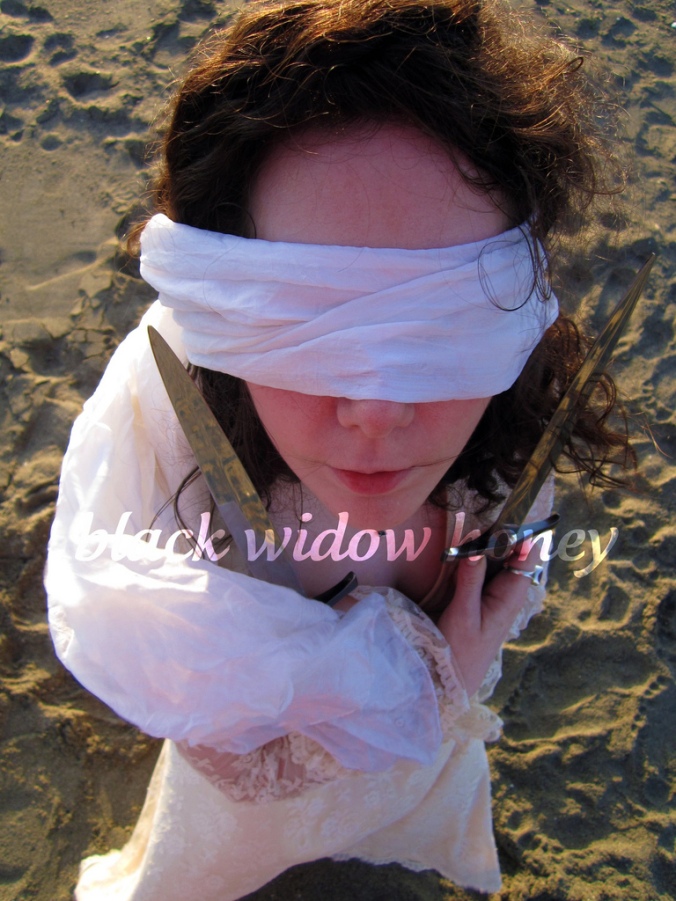 As per usual, you can see all of the shots at our flikr site, Black Widow Honey.

2 thoughts on “Two of Blades”